Its spectacular Templar castle has witnessed an eventful military history for ten centuries. Today Monzon is the capital of Cinca Medio, an active city and a thriving economic and industrial center with a long historical tradition.

Monzon is the second city of Huesca by population. According to the National Institute of Statistics, it has 17,236 inhabitants, spread over an area of 155.01 square km. 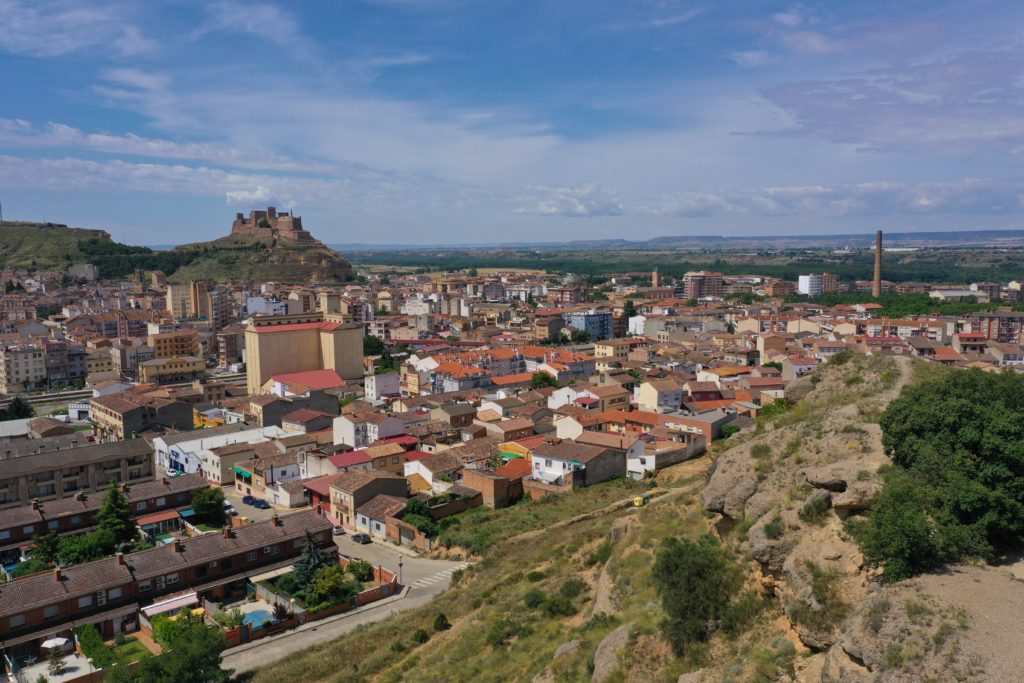 Monzon’s industrial tradition began at the beginning of the 20th century with the construction of the sugar factory. After the Civil War, new industries such as Hidro Nitro Española (HNE), Aiscondel, Etino-Química, Polidux or Monsanto-Aiscondel were incorporated.

In its territory there are many agricultural and livestock farms, and industrial tradition, with a strong presence of chemical and metallurgical activity (foundries, manufacture of machinery and structures).

Monzon has industrial land available. The proximity and the new highway mean a significant reduction in transport times and costs, making the area a very suitable place for the establishment of companies of all kinds. It is, without a doubt, a strategic location for the highly saturated Catalan industrial areas with high location costs.

1-A diversified economy with a noticeable industrial character. Industrial SMEs are a great asset for the region.

2-Agri-food industry. The great abundance of irrigated land, good logistics connections and a competitive industrial environment give great potential to the agri-food industry Almost 80% of the total area of ​​the romarca is used for agricultural uses.

3-High agricultural productivity of the region: 74% of the lands are irrigated: a privileged area due to its abundance of water for agricultural use, because it is located between the two main irrigation areas of the province of Huesca: the Aragon and Catalonia Canal and Irrigation plan of Alto Aragon.

4. It is a space intended to promote economic development by taking advantage of easy access to the economies of Catalonia, France and the Centre and North of the Iberian Peninsula. A Logistics and Industrial zone in the area of ​​influence of the railway located in the vicinity of the Pyrenean Railway Crossing (TCP). 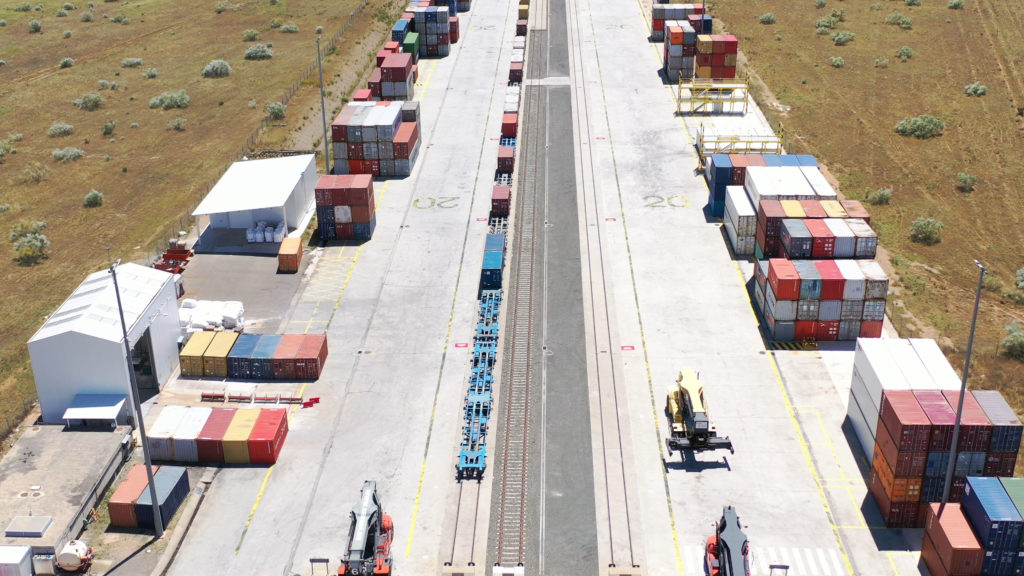 The Autonomous Region has 25% of the total European alfalfa production and an annual production of 813,000 tons (55% of the Spanish production) and the production in the Cinca Medio is 77,000 tons (9.5% of the Aragonese production ) In 2013/2014, 80% of the alfalfa from Aragon and Cinca Medio was exported to: China, the United Arab Emirates, and almost all the countries of the Mediterranean arc.

It has an area of ​​approximately 13,000 Ha that is distributed among the municipalities of Barbastro, Castejon del Puente, Monzon and Binefar. Three counties that potentially meet the criteria:

In the region there is an agri-food industry whose main productions are fruit processing in Binaced, the forage industry in Monzon, oil mills in Albalate and Fonz, as well as a cereal trading industry in both Monzon and Almunia de San Juan (Ariéstolas )

6. Business network: the industrial tradition of the region has favoured the development of:

– Lérida: 50 Kilometres (through the A-22 Lerida-Huesca highway and the N-240 Tarragona-San Sebastian highway)

-To the south, the regional A-1234 leads to Zaidin and Fraga (Bajo Cinca).

-Looking north, the Pyrenees is an hour and a half by car with two options: going up to Fonz or connecting in Barbastro with the N-123 road that leads to Graus (and from here to Benasque) and, taking the exit to Puente Las Pilas, Aínsa and the Ordesa and Pineta valleys.

Both options are the way to link with the High Speed train.

The completion of the A-22 Lerida-Huesca highway (only the Sietamo-Huesca section remains to be completed) and the A-21 Jaca-Pamplona will bring Monzon closer to the Mediterranean and the Cantabrian Sea with enviable communication alternatives. 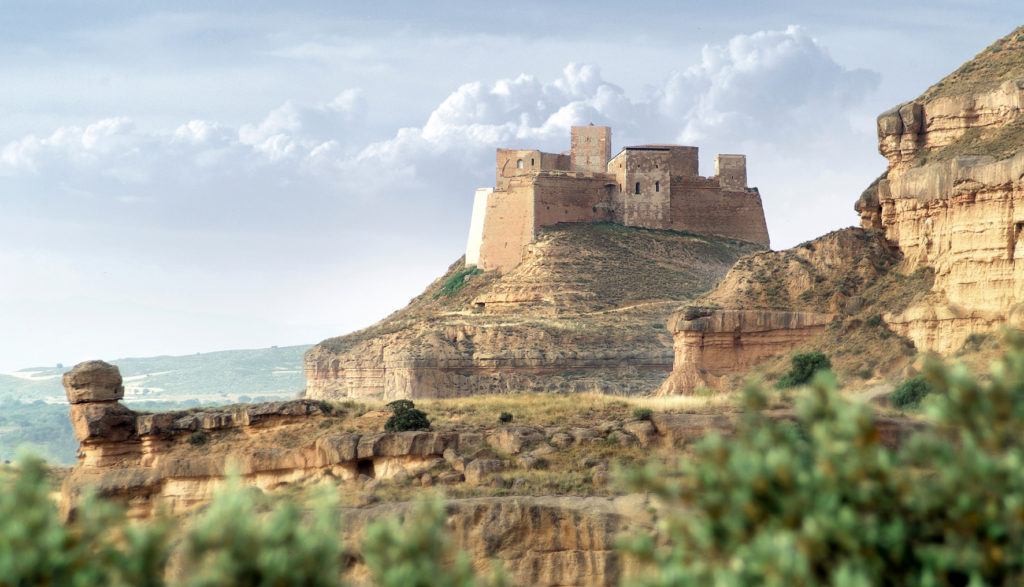 The image of the city is unmistakable due to the imposing silhouette of its castle, elevated on a hill. Declared a National Monument, it was erected by the Muslims; later it would be the seat of the main Templar order of the Crown of Aragon, where the infant Jaime I, future king of Aragon, was educated.

Currently, the castle houses an interesting Interpretation Center in which the visitor is introduced to the fascinating world of the monk-warriors of the Order of the Templars.

Its streets saw the birth of the thinker Joaquín Costa, whose legacy would later leave a deep mark on the history of Aragon and Spain. There you can visit his birthplace, where a museum has been created around his figure.

This building, with a Latin cross plan, is of Romanesque origin and several court sessions of the Crown of Aragon were held there.

The old town cordons off the castle from east to west and houses buildings of interest such as the town hall, Casa de Pano, Palacio de los Luzan or the Casa de Zazurca.

Around the city there is a wide variety of leisure activities. Enjoying the privileged proximity to the Pyrenees offers unbeatable conditions for the practice of sports such as mountain climbing, hiking, mountain biking, canyoning or rafting.

In addition, it is a territory with public education centres, an extended network of health care centres, nurseries, sports, leisure and cultural facilities.

1. An economy with a deep industrial character Industry

1.- An economy with a deep industrial character Industry concentrates 37% of the local economy (compared to 19% in the EU or 17% in Spain) with industrial activity in diversified sectors such as petrochemicals, pharmaceuticals, metallurgy, electrical and electronic components or wood and paper 30%

Monzon, located in the northeast of the Autonomous Region of Aragon, is at the epicentre of a 450 km radius that represents 70% of Spanish GDP. Connected by highway to Catalonia and the Basque Country (under construction), easy access to France and the main ports in the North of Spain (Atlantic and Mediterranean) 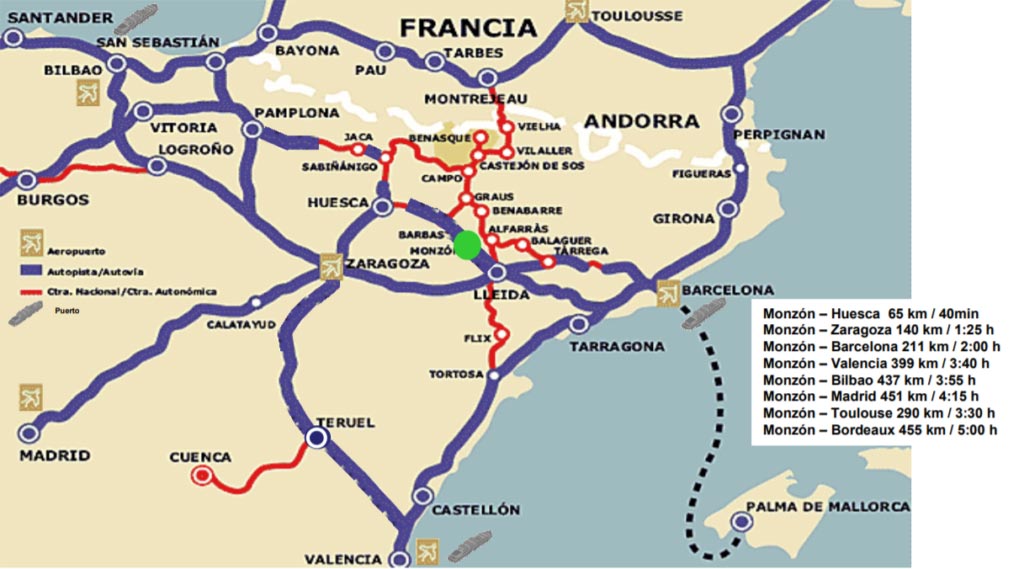 More than 4,800,000 m2 of industrial land in the industrial estates of La Armentera de Monzon (4,077,000 m2), Las Paules, La Corzana, Albalate del Cinca and Alcolea del Cinca with a wide range of land and industrial buildings, with competitive prices and high quality energy services. The Paules estate in Monzon is completely sold and the expansion has begun due to the connection with the highway.

Due to its strategic location and optimal connectivity, the Monzon Intermodal Terminal (TIM), located in La Armentera, connects with the main Spanish logistics hubs (Port of Bilbao and Port of Barcelona) and the closest European commercial partners. 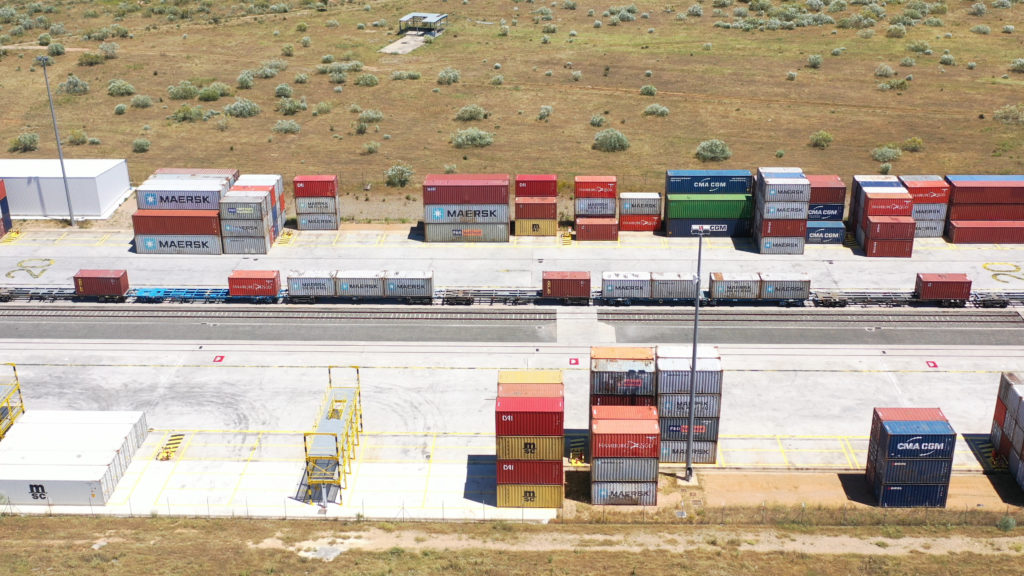 The optimal connectivity with the main communication axes of this platform facilitates direct communication with the network of logistics hubs in Spain and Europe.

The province of Huesca offers the most attractive industrial land prices in its surroundings for the implementation of business projects.

Monzon offers a wide range of Vocational Training (FP) courses, superior to Huesca and Aragon, according to the oriented productive structure of the area and the development of quality HR, aligned with the evolution of the industrial, agro-industrial and logistics network, among other thriving sectors of the region.

Administrative agility and maximum support from the Cinca Medio Region and the Aragonese institutions to business projects (up to 30% of the investment, up to 100% of the training through INAEM, etc.) 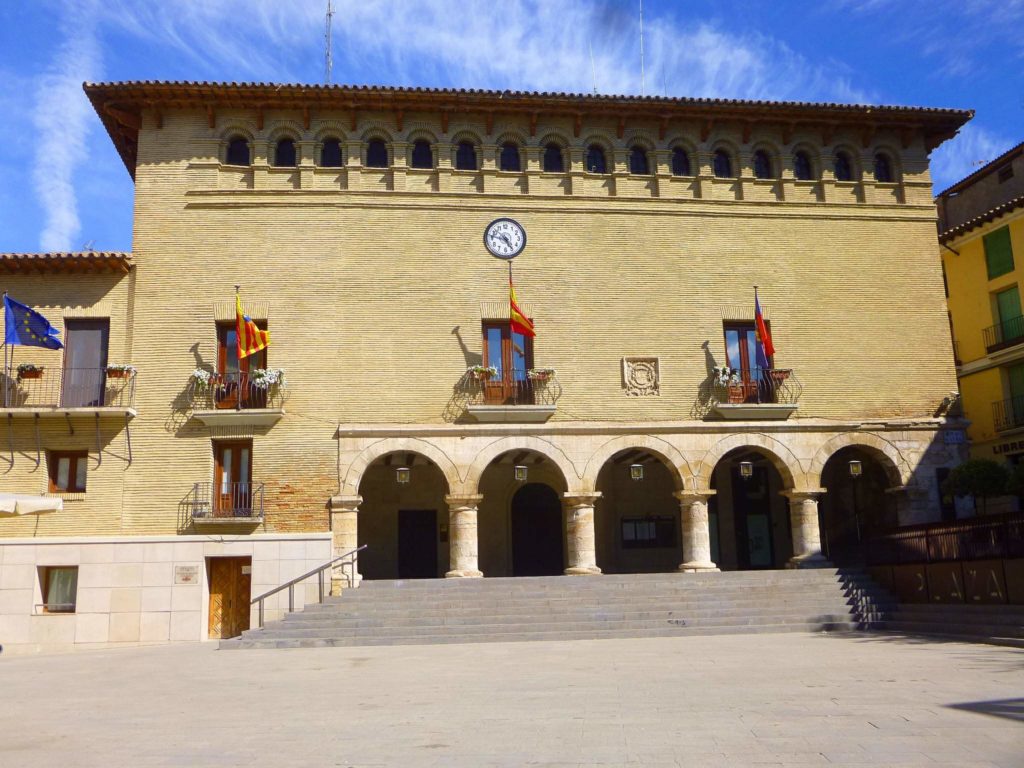 1. Aid for investment in fixed assets

2. Recruitment and training of workers