Burgos is an innovative, dynamic, millenary and friendly city, with a population of 200,000 inhabitants in its urban area.

The city is strategically located in a vital enclave, in the heart of Northern Spain, with a remarkable communications hub, at the crossroads of the European Transport Corridors E-5 and E-80.

In Burgos, the port routes of the north and west converge, as well as the traffic coming from Portugal, France, the Levant, the industrial zone of Madrid and the connections with North Africa. All this makes the city a vertebral landmark that links the North of Spain with Europe and Africa, and a key location on the European diagonal that links Lisbon and Helsinki.

Burgos has first-class intermodal transport accessibility and extends to both land (road and rail), maritime (through the Dry Port) and air communications. Its strategic location and its intermodal transport network are the ideal ingredients to consolidate industrial and economic activity in the city.

Burgos industry stands out for its wealth, diversification and competitiveness, and generates significant synergies between international and national companies already established. In fact, there are up to 15 different branches of industrial activity, among which the Agri-Food Industry, Automotive, Metallurgical and Chemical sectors stand out.

Burgos solid industrial potential is reflected in the significant contribution of industry to GDP, 31.20% (compared to 17.60% at the national level), which makes it the third largest industrial province in Spain.

Burgos, the capital and industrial engine of the North of Spain, has the solid logistical support of the CT Burgos – Freightage Facility Burgos Transit Customs, an extraordinary infrastructure for the storage and distribution of goods, in continuous development, to facilitate the internationalization of companies.

This logistics centre brings together the Dry Port, the Customs Precinct and the Villafria Intermodal Logistics Terminal, offering, from its unbeatable location and through agile connections, a wide range of possibilities and solutions to transport companies and large logistics operators, and to a multitude of national and international companies established in Burgos and in its area of ​​influence.

Burgos is a city committed to university education. Its two universities stand out at the national and regional level in terms of research and innovation. It has two Science-Technology Parks, a meeting point for companies, researchers, institutions and students, favouring an excellent interrelation between the academic world and the business environment.

24% of the Burgos’ population has university education, a figure that is double the national average. In the field of Dual Vocational Training, Burgos has been a pioneer in Spain in implementing VT I and VT II; 40% of employees in the industrial sector have this academic level, widely exceeding the Spanish average.

The performance of Burgos industry and its capacity for regeneration in the current economic situation have contributed to Burgos maintaining its workforce figures and positioning itself as the sixth Spanish province with the lowest unemployment rate.

The 20,000 workers employed in industry, representing 22.9% of the active population, rank Burgos as the third Spanish city with the largest industrial population.

The industrial, logistical and technological potential of Burgos joins other strengths that make it a cultural, historical and gastronomic city.

The artistic-monumental heritage of Burgos, the archaeological remains and the remarkable examples of avant-garde architecture draw a special urban framework that encourages the discovery of a comfortable, cosmopolitan and friendly city that is fully integrated into the 21st century. 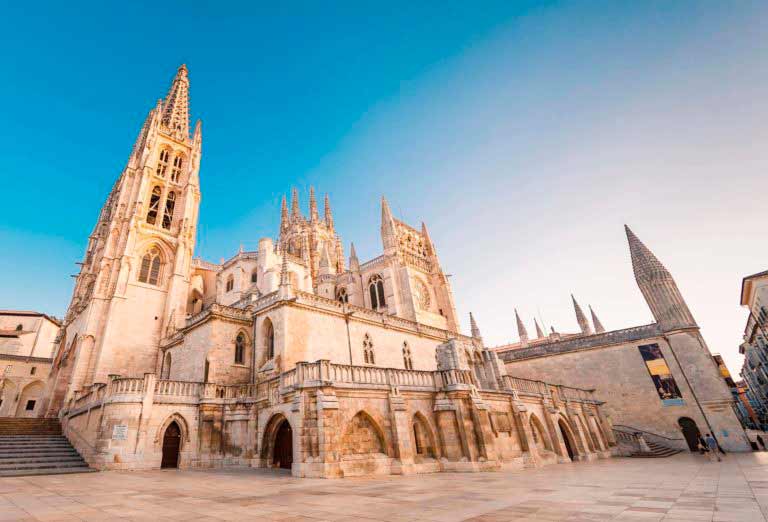 Burgos has three assets declared a World Heritage Site by UNESCO: the Burgos Cathedral (Gothic masterpiece, its construction began in 1221 and this year commemorates the 8th centenary); the Atapuerca sites and the Camino de Santiago (St. James path), excellent attractions for Family and MICE Tourism.

The Forum Evolution Conference Centre in Burgos, in the heart of the city, is a meeting place and a driving force behind cultural activity and conferences for the city. 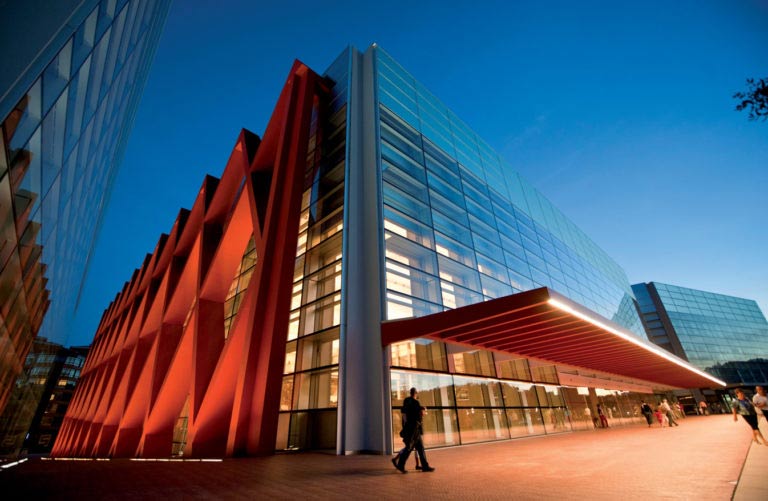 As an additional competitive advantage, the city offers its visitors a rich gastronomy where traditional recipes and signature cuisine coexist in harmony, accompanied by unique local wines that have the guarantee seal of the Ribera del Duero and Arlanza Denominations of Origin. . The quality of local products and the ability to transform them, motivated the recognition of Burgos as “Spanish Capital of Gastronomy 2013” and the distinction granted by UNESCO as “Creative City of Gastronomy”.

Burgos is also a sustainable, green and clean city. The excellent quality and abundance of water is highly valued by both citizens and industry. Awarded with the “Best Sustainable City Civitas Award”, it offers 37 m² of parks and green areas per inhabitant and more than 55 km of comfortable bike lanes.

In short, Burgos is an industrial, logistical, historical, cultural, sustainable and gastronomic city that offers a high quality of life. Attributes that make it unique and that have encouraged international and national companies, many of them leaders in their sector, to chose Burgos as an investment destination, generating important synergies for future investments.

Burgos, as the industrial capital of Northern Spain and a business leader in the autonomous region of Castilla y Leon, contributes more than 27% of the regional GDP and more than 26% of the region’s exports. In addition, the existence of a broad industrial base and great diversification, adds as an advantage the presence of large number of suppliers and service companies that support the industry.

Burgos stands out for its industrial land in:

-Villalonquejar Industrial Estate: it is the main industrial centre in the region, with more than 500 international and national companies, many of them leaders in their corresponding sector.

It has 700,000 m² of available industrial land with the maximum possible urban use, generating great opportunities for investment. 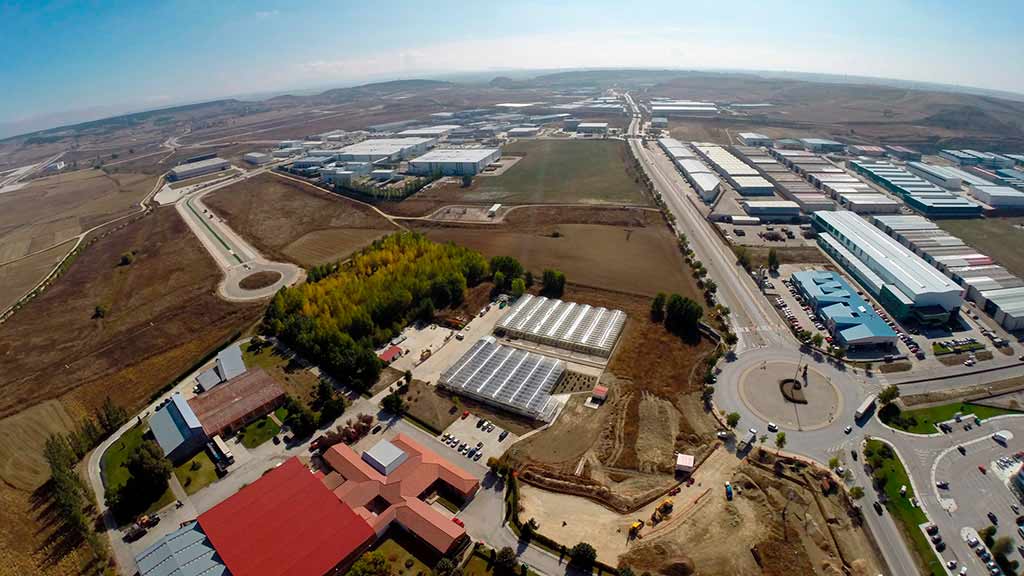 -Burgos East Industrial Estate: seed for Burgos industrial heritage, it employs 18,000 workers and has, in its 3.5 million square meters, a total of 1,200 commercial companies belonging to the Metallurgical, Agrifood, Timber, Rubber, Cargo Transportation and Construction sectors, among others.

-Monte de la Abadesa Industrial Estate: strategically located and well-known area, in the southern access of the city, is currently in the expansion phase with the development of 2 million square meters. 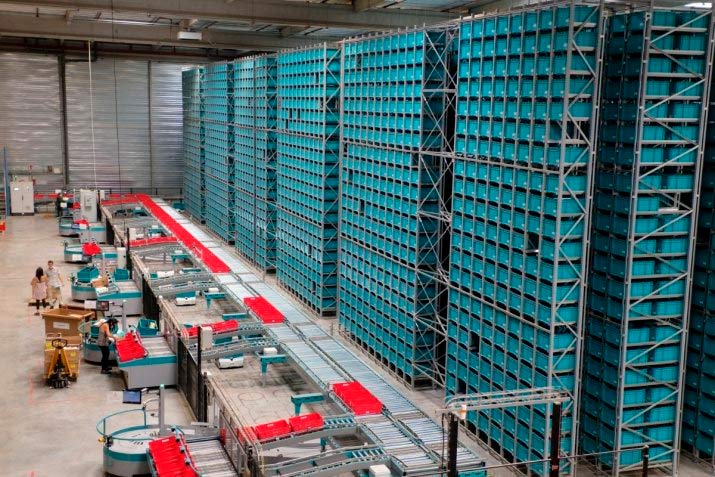 The geographical location of Burgos and its historical role as a communications hub have made this city a thriving economic enclave and have given its people a strong entrepreneurial nature and a solid business and commercial acumen.

Today Burgos has a modern and comfortable infrastructure that connects its industrial areas to the main communication routes. In a 250 kilometres radius we find the border with France and seven autonomous regions that add up to more than 35% of the national GDP and about 30% of the Spanish population.

Burgos logistics has its reference in the CT Burgos – Freightage Facility Burgos Transit Customs, located on the N-1 highway with direct access to the freight rail terminal; it is efficiently connected to the airport, as well as to the various industrial estates and industrial areas of the city.

Its 550,000 m² give Burgos great value as a key part of the European Atlantic Corridor. In addition, the CT Burgos has reached an agreement with AENA for the transfer of land adjacent to the current Transportation Centre. The completion of the expansion is scheduled for the summer of 2022 and it will have infrastructures designed for large tonnage vehicles. 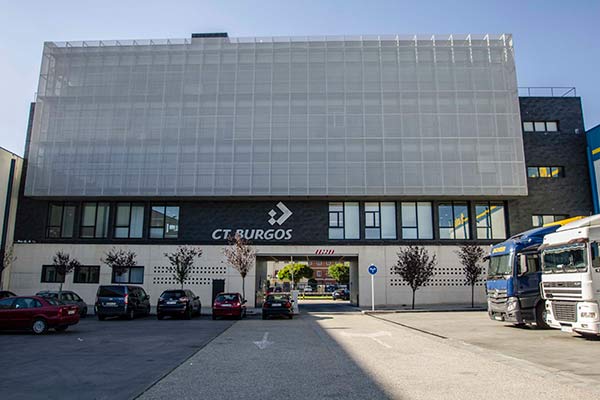 The Centre includes the Dry Port of Burgos, the one with the highest capacity in Castilla y Leon Region, which manages around 10,000 containers per year. It is equipped with 8 service lanes, offering several weekly rail connections to the ports of Barcelona, ​​Bilbao and Huelva, as well as several weekly routes of refrigerated trains with controlled temperature to Barcelona, ​​with the Asian market as final destination.

CT Burgos has: internal customs for import-export clearance, authorized premises for export merchandise (LAME), a customs warehouse and a truck parking lot that can hold up to 350 heavy vehicles.

In addition, the city’s airport, which belongs to the AENA network, offers regular flights to Barcelona and to strategic locations, parcel and air courier services, as well as training activities for future aviation pilots.

Burgos is the province with the highest amount of exports and imports of Castilla y Leon Region. Burgos’ internationalization force represents 30.6% of the total exports of the autonomous region and 28.71% of imports.

Burgos is a regional pioneer in promoting 4.0 Industry, introducing new technologies and increasing the level of digitization in the main productive sectors of Castilla y Leon.

The Digital Innovation Hub 4.0 Industry (DIHBU) brings together leading industrial companies, knowledge centres and developers in 4.0 Industry solutions in Castilla y Leon, with the support of the Burgos City Council.

Its innovative culture becomes evident in multiple aspects related to industrial activity. Burgos makes constant investments to have an efficient water service, offering cheap industrial water (the price of a cubic meter is one of the cheapest in Spain) of high quality and with security in the supply.

The excellent quality of Burgos soft water and its high competitive value, assets periodically endorsed by the analyses and studies carried out by the OCU, are aspects highly valued by companies.

The climate is one of Burgos’ great allies, by facilitating the maintenance of the cold chain in the perishable food industry, in refrigerated and frozen foods, as well as in processes in the biotechnology sector.

Burgos City Council has been a pioneer in Spain in establishing tax rebates for companies that create jobs in the city.

Tax rebates are applicable to new business projects, or business extensions, provided that both situations lead to the creation of permanent jobs.

IBI (Real Estate Tax): regulated in Municipal Ordinance 507, includes in the tax fee, rebates that range between 40% and 90%.

IAE: Municipal Ordinance 508 corresponding to Tax on Business Activities, includes rebates that represent up to 95% of the tax fee.

ICIO: Municipal Ordinance 509, regulating Tax on Constructions, Installations and Works, articulates rebates that reach up to 95% of the tax fee.

The Burgos Technology Park will soon be the largest technology space in the region. Its surface area of ​​124 hectares is aimed at technology companies that promote research and innovation.

Sectors such as the automotive, agri-food, new materials, telecommunications, capital goods and robotics are expected to establish there.

Its rail connection with the Villafria Intermodal Logistics Terminal will be another advantage to be taken into consideration by companies that intend to carry out their activity in an efficient, attractive and sustainable environment.

The Burgos Centre for Economic Activities is conceived as a large specialized area to accommodate R + D + i initiatives and logistics-industrial, technological-business and service activities.

Its surface area of ​​4,000,000 m², currently underway, will be the guarantor of Burgos’ industrial and logistical development in a location close to the CT Burgos, the Airport and the Burgos East Industrial Estate. Reinforced by an important communications network, the Centre for Economic Activities will connect to the main roads and industrial and logistics areas of the city of Burgos.