Alfafar is a municipality of the Autonomous Region of Valencia that is located in the province of Valencia, in the Huerta Sur region.

HOW TO GET THERE:

The V-31 that connects the A-7 and the AP-7 at the height of Silla with Valencia pass through the municipal area of Alfafar; the N-340 (former Royal Path from Valencia to Madrid) today is converted into an interurban road; and the CV-401 connects Alfafar with El Saler and the CV-500.

It also has a shared railway station with Benetússer through which the RENFE commuter lines C-1 and C-2 pass.

According to the Statistics Institute of the Valencian Government, Alfafar has 1,054 companies of which 42.79% belong to the services, transport and hospitality sectors.

The municipality has an area of ​​10 km² and is located at an altitude of 6 meters above sea level. Its municipal area is flat and fertile, mostly dedicated to irrigation, among which rice predominates.

Its built-up urban centre occupies approximately 13% of the term, leaving a good part of the rest within the Albufera Natural Park, one of the most representative and valuable coastal wetlands in the Region of Valencia and the Mediterranean basin, which has an area of 21,120 hectares.

Alfafar is at a distance of only 5 kilometres from Valencia (and one commuter train stop) and 14 kilometres from the airport, which makes it a residential city in the metropolitan area of ​​the capital, where the average price per square meter remains, approximately 1,091 euros. Currently the housing stock has more than 9,000 units.

The municipality of Alfafar has the following population centres:

It is located near the railway station, and is where the most important activity of the economic and administrative life of Alfafar takes place. Around the Plaça del País Valencia are located the Parish Church of Our Lady of the Do, the Town Hall, the Cultural and Recreational Centre, the Municipal Market, the Municipal Library and the Musical Instructional Centre.

– Orba neighbourhood. Also called Parque Alcosa, it is the most populated, with around 6,000 inhabitants. In the centre of the neighbourhood is located the Santa Fe Parish Church and the Square of the Poet Miguel Hernández.

– La Fila neighbourhood. Located in the vicinity of the irrigation canal of La Fila, it is a neighbourhood that emerged at the beginning of the 20th century as an expansion of the old town, to build new homes. Also called ‘Els Patis’ since initially they were plots.

– San Jorge neighbourhood. Located between the railway line and the Royal Path of Madrid, it was at the beginning of the 20th century, the industrial area of Alfafar. It currently maintains an important commercial activity.

– Barrio del Tremolar. Located on the road from Castellar to Pinedo and its surroundings, in the Albufera Natural Park, it is crossed by the El Tremolar irrigation canal. Until the 1960s, the canal was the Albufera port closest to Valencia, full of life and activity with its boats, fishermen, rice farmers, etc. 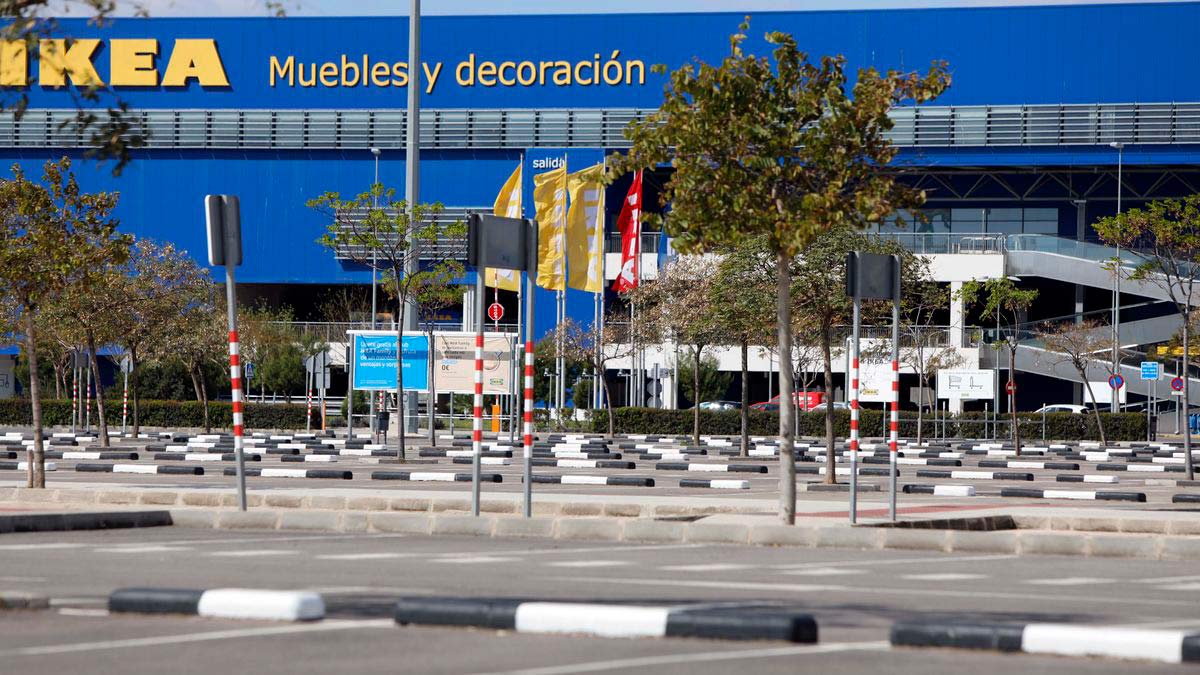 The latter has a total buildable area of 223,200 m2, 96,000 of them for commercial spaces, being one of the largest commercial parks in all of Spain.

The park’s commercial focus, with more than seven million visitors a year, allows entry to new operators, who are not yet present in the Valencia area. The park houses the first Ikea space in the Region of Valencia.

Alfafar was once a Muslim agricultural estate. The name comes from the Arabic “Al Hofra” which means hollow place, of holes or moats. These graves have been found quite recently in the process of carrying out various works in the centre of town.

In one corner of the Plaza del País Valencià galleries appeared at a depth of four to five meters; In them various pieces of pottery were found that are believed to date from the 9th or 10th centuries.

The name of Al Hofra was becoming, successively by inappropriate use of the word, in Alfolfar, Alfofar and in the current Alfafar. In the “Llibre del Repartiment” of Jaime I, there is evidence of donations in June 1238 -before the Conquest of Valencia that took place in October- of houses and lands, to people of his troops in “Alqueriam d ‘Alfofar ».

In January 1347, King Pedro IV “the Ceremonious” donated all the lands to Don Pedro Boil, main knight of this Kingdom, making it a Lordship in his favour on February 14, 1363, and his family exercised it until the disappearance of the Lordships in 1812.

Although there are few old buildings left, it is assumed that the Via Augusta ran through this town, and that there was a very old population centre dedicated to agriculture and fishing, due to the proximity of the place to the Albufera Lake. 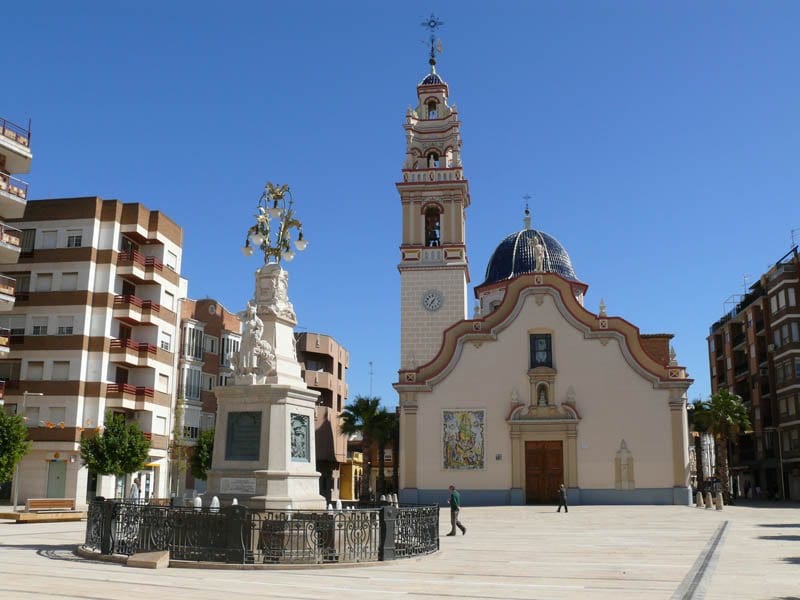 It is the oldest historical building in the municipality. Its construction began in 1736 with contributions from the people of the town and was opened to worship in 1748. It has a bell tower with three sections and a clock, while the temple has three naves with a transept, a dome and side chapels. It houses the image of the Virgin that, according to legend, was found in the 13th century, during the Conquest. The temple is an example of the popular Valencian Baroque.

It was built in 1928 and currently houses the Municipal Library. It is a great example of the private leisure centres that flourished in the 1920s.

It dates from the end of the 19th century and is located opposite the church. It was built according to the plans of Sebastian Monleon, who designed the bullring in Valencia. Inside there is a painting by the Cuban painter Armando Menocal, dated 1887. 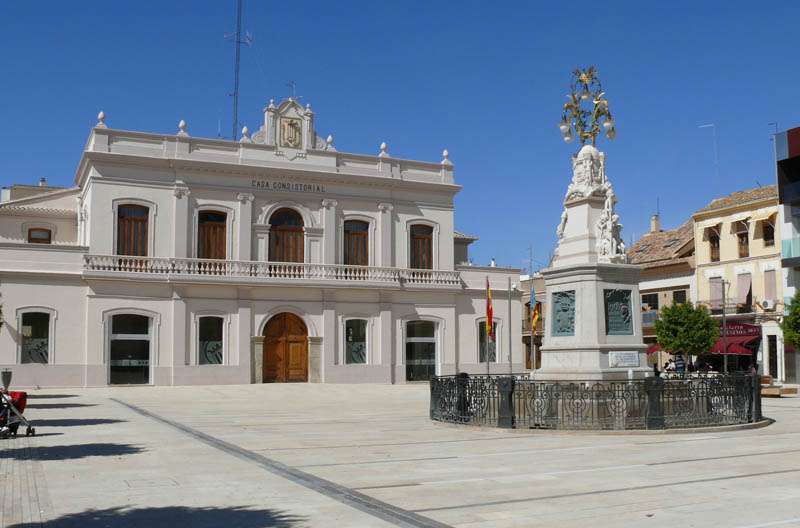 -Monument to the water (Monument a l’aigua): it is from the early twentieth century, it is located in the centre of the Plaza Mayor and contains life-size figures that represent the orchard and some children playing. 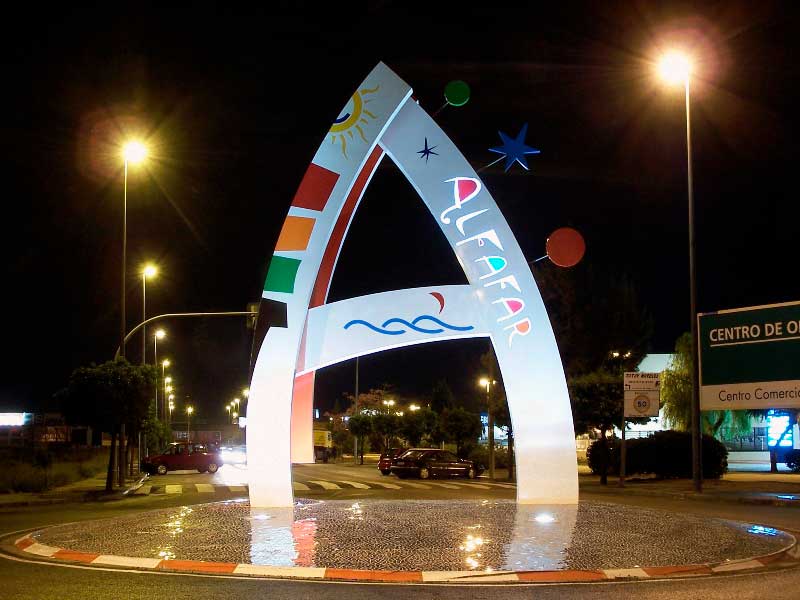 –Airport: Alfafar is connected through the V-30 and V-11 highways to Valencia airport, with a distance of 15 minutes.

-Port: The Port of Valencia, a benchmark in the entire Mediterranean, is located 10 minutes by road from the city, directly connected through the V-30.

– A-3: Connects with Madrid

– A-7 (E-15): Highway that connects the entire Mediterranean with Europe.

– CV-400: Connection from Valencia with the municipalities of l’Horta Sud

– V-30: Connection with the entire metropolitan area of ​​Valencia.

A CITY OF PEOPLE

Alfafar bases its economy on the services sector, with one of the most powerful commercial areas in all of Spain, quickly connected to the road network and close to the airport and port of Valencia. In addition, its agricultural tradition, which is still in operation today, and its excellent location, are producing a strong commitment to develop a strong tourist offer from the local council.

On the other hand, the municipality is near the university area of Valencia and large industrial zones, such as the Vara de Quart, Fuente del Jarro, Ribarroja or Ford factory in Almussafes. Its good connections bring these areas closer to the municipality.

Alfafar’s economy is based on one of the largest commercial areas in Spain. Taking Carrefour, Ikea, Bauhaus or the MN4 Shopping Centre as references, there are still many commercial areas and land available for development.

The accesses, its location and the growth capacity of the area, make investment in this municipality a guarantee of success.

From the City Council of Alfafar there is a decided commitment to as one of the main forms of growth. Therefore, some plans and aids are established to promote employment, which are detailed below:

The amount of the subsidy per entrepreneur will be € 1,000 to subsidize the expenses of setting up a new business, as well as the regular expenses: rent, services (electricity, water, telephone…), management and consulting, etc.

In addition, all options related to retail can be consulted on the web http://www.alfafar.es/portal-del-comercio/

Alfafar is currently developing plans, actions and opening new offices to continue a sustainable and continuous economic growth, which positions the city as the centre of the economy in the south of Valencia. 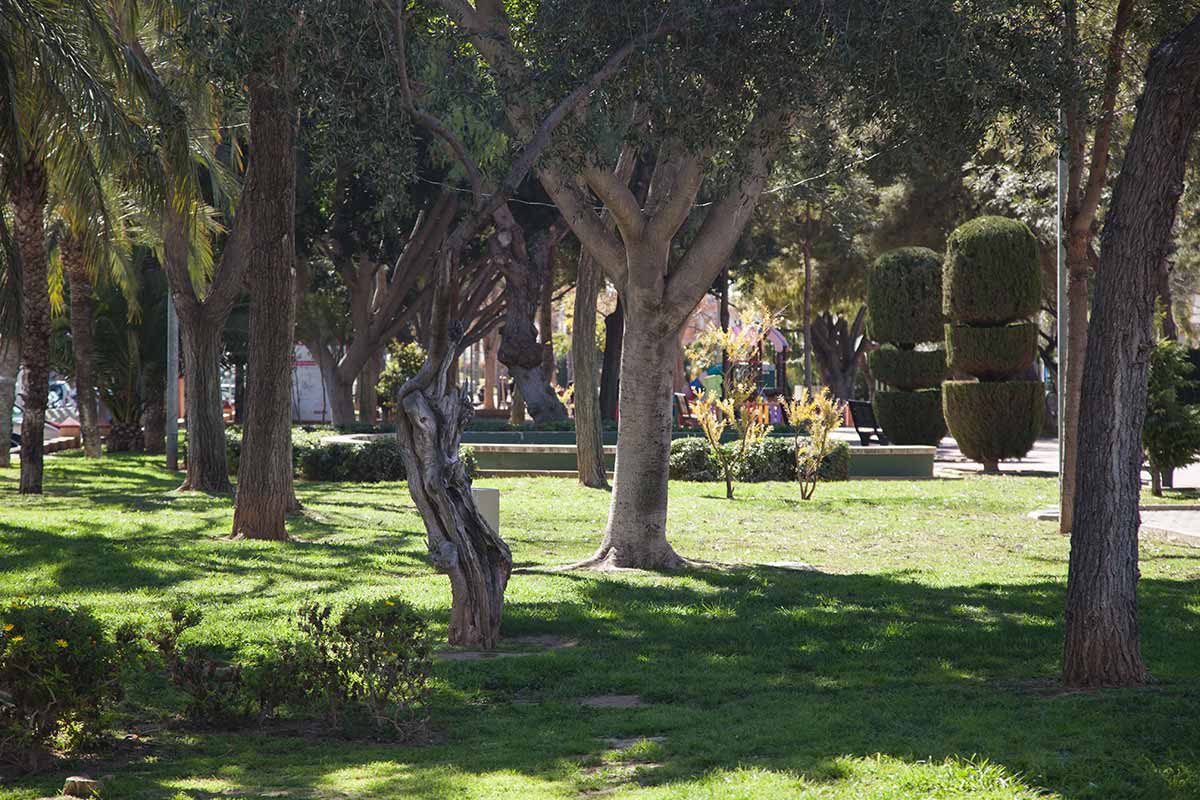 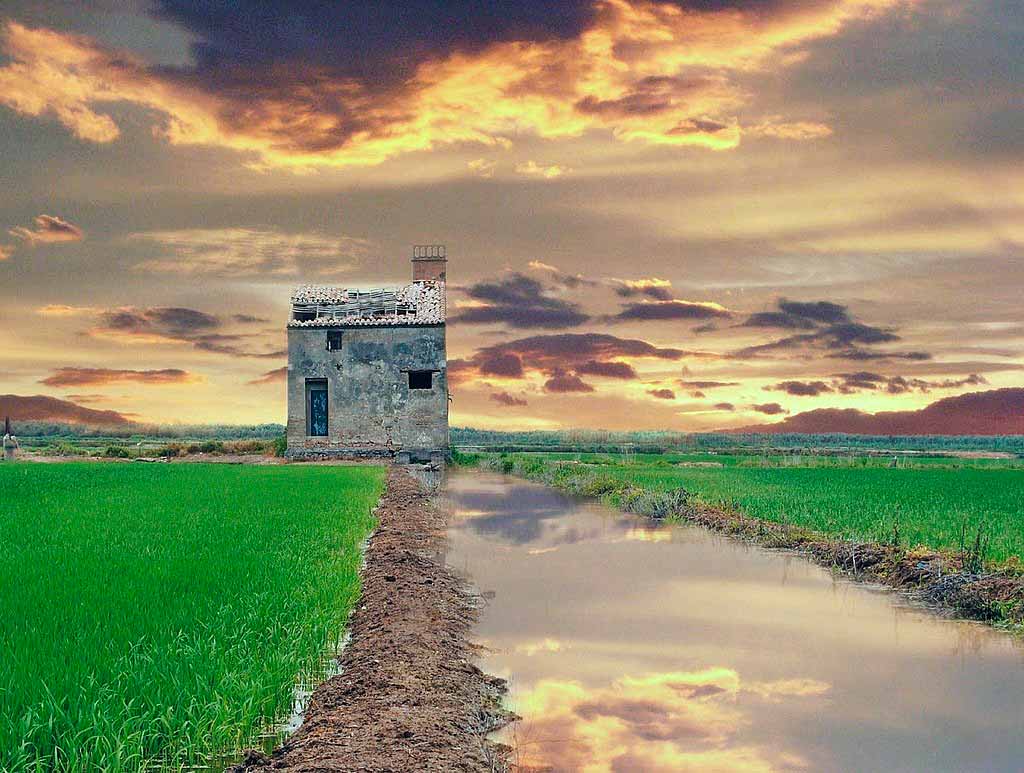 In addition, a calendar packed with festive, cultural and sports activities can help develop the tourist activity of Alfafar, positioning this town on the tourist map of the Region of Valencia and the entire country. This program should achieve that people of Alfafar give importance and value to all the resources they have, in addition to creating a quality, sustainable, innovative and seasonally adjusted tourism offer, which encourages economic activity in Alfafar and serves as the beginning of the post- Covid recovery.

From the City Council of Alfafar there is a decided commitment to as one of the main forms of growth. Therefore, some plans and aids are established to promote employment, which are detailed below:

The amount of the subsidy per entrepreneur will be € 1,000 to subsidize the expenses of setting up a new business, as well as the regular expenses: rent, services (electricity, water, telephone…), management and consulting, etc.

In addition, all options related to retail can be consulted on the web http://www.alfafar.es/portal-del-comercio/

You can check the rebates of the tax ordinances at the following link: http://www.alfafar.es/normativa-2/ 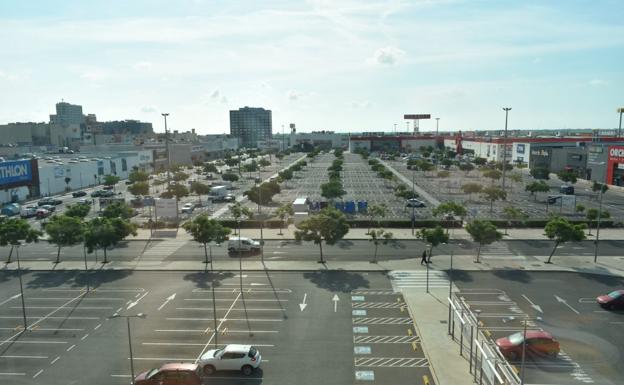 SPACE FOR THE ESTABLISHMENT OF BUSINESSES

Sector 1-AB, known as ‘Alfafar Parc’, is one of the largest commercial areas in Spain. With approximately 75% already built, although not occupied, the area still has a great capacity for growth, through the development of the available land still to be developed and the urbanized land that remains without activity at the moment.

This area, due to its excellent connections, doubles the population of the municipality on weekends, tripling it on designated dates such as Christmas, sales and other times of the year.

The frenetic activity that takes place is covered by the large extension of territory that occupies the entire area, with a main avenue that concentrates the activity and with large parking areas that facilitate the development of the activity.

The regulations of the area can be found on the municipal website, within the General Plan section, at the following link: http://www.alfafar.es/normativa-2/.

On the other hand, the Alfafar City Council owns a plot for sale in the area.